Meet the Quirkles! This 26 book series and related materials introduce you to imaginary scientists that help children develop a love of science. The Quirkles® offer a fresh way to integrate literacy and science at school, for educational programs, or at home. Using fun stories, alliteration, whimsical illustration, and hands-on science activities, the Quirkles® makes learning fun!

As you head out for your early morning walk, pause to enjoy the beautiful plant life all around you. We often take them for granted, but plants are essential to life and utterly awesome! This month, read the Quirkles story, Botanist Bert, then watch our video of Botanist Bert’s Colored Flowers.  Try it yourself with different colors, flowers, or even celery.

You asked for it and we listened. Now we offer a Quirkles Student Journal.  Students can reinforce what they’ve learned in each Quirkles lesson through these reflective writing/drawing activities.

This assessment tool will help solidify science concepts introduced in each Quirkles book. Comes in a five-pack.

Add more variety and possibilities to your Quirkles adventures with More Quirkles Experiments: Taking Quirkles Learning to the Next Level. This book offers two more fun science experiments that correlate back to each Quirkles character. Also check out all the other Quirkles products too!

We’re excited! The Fuddlebrook series is up and running and we're ready to “officially” introduce you to our newest science characters. Used with the Quirkles or as a stand-alone series,The Fuddlebrook School Science Series™ with Herman Tweed (the class pet hamster), Mrs. Wigglebum, and her students Liza, Freddie, and Bert, will be another way to introduce fun science to the children in your life!

For a complete introduction and to get to know each Quirkle, work your way across the main menu bar above. Have fun exploring, and please contact us with any questions you may have!

But that's not all. Check out the introductory video that explains why we created the Quirkles, or take a look at the sample book Gilbert Gas below. 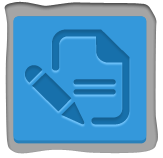 As you head out for your early morning or evening walk, pause to enjoy the beautiful plant life all around you. We often take them for granted, but plants are essential to life and utterly awesome!

Did you know that there are about 400,000 plant species on Earth? Plants are important for human existence. Not only can plants be beautiful, put provide the oxygen we breathe, ingredients to create medicine, paper, fabric, and more, and provide much of our food source.

Many thousands of plants on land and in the ocean are not yet identified or categorized. Additionally, plant life is oceans make up about 85% of all greenery on Earth. The scientists called botanists work to learn about, organize, and help protect different kinds of plants. Botany is the study of living things which use photosynthesis to make food. This can include trees, grasses, mosses, fungi, kelp, or algae. The genetics of plants, the way they breed and grow, and the way humans impact plants are all studied in botany.

One of the most famous American botanists is George Washington Carver (c. 1864 to January 5, 1943) who was born into slavery. He went on to become one of the most prominent scientists and inventors of his time as well as a teacher at the Tuskegee Institute. He devised more than 100 products using one major crop — the peanut — including dyes, plastics and gasoline.

This month, read the Quirkles story, Botanist Bert, then watch our video of Botanist Bert’s Colored Flowers.  Try it yourself with different colors, flowers, or even celery!  Feeling more ambitious? Plant some seeds and make your own garden. Learn more about botany and George Washington Carver.

Now that we can plan outings again, visit his monument close to Diamond, Missouri — the site of the plantation where Carver lived as a child. This was the first national monument dedicated to an African-American. The 210-acre complex includes a statue of Carver as well as a nature trail, museum and cemetery.

April kicks off what is typically the most active and dangerous three-month period of the year for tornadoes in the United States. It’s a perfect time to pull out the Quirkles book Timothy Tornado to learn more about this strange weather phenomena and discuss safety preparedness. Then learn about vortexes in our fun activity, Timothy Tornado’s Water Race.

Did you know that before 1950, your local weather forecaster would not have warned you of favorable tornado weather conditions or told you to take cover? That’s because from 1887 up until 1950, American weather forecasters were forbidden from attempting to predict tornados. During that time, Roger Edwards of the National Weather Service’s Storm Prediction Center writes, “tornadoes were dark and mysterious menaces of unfathomable power, fast-striking monsters from the sky capable of sudden and unpredictable acts of death and devastation.”

Less than confident in their own predictive powers, and fearful of the responses of a panicked public, “the use of the word ‘tornado’ in forecasts was at times strongly discouraged and at other times forbidden” by the Weather Bureau, Edwards writes, replaced by euphemisms like “severe local storms.”

Of course, a ban on the word “tornado” wouldn’t have been necessary without someone who really wanted to talk about tornadoes. That person was John Park Finley, an officer with the Army Signal Office with a deep interest in severe storms. The U.S. Army Signal Service first opened a weather forecasting office in 1870, and when Finley enlisted in 1877, he joined it immediately.

His hope was to develop a method of tornado prediction so that storms’ arrivals could be broadcast to local communities–possibly he thought through the ringing of church bells.

In 1887, nervous superiors sent him instructions: the word tornado was banned from forecasts. Besides an excitable public, there were commercial concerns; the businessmen of Tornado Alley had “complained that Finley was giving potential investors the idea that their region was twister prone.”

The Signal Office’s forecasting division was eventually transferred to the Department of Agriculture, where it became the U.S. Weather Bureau. Though the Bureau developed warning systems for everything from floods to hurricanes to forest fires, it held fast to its tornado position. Forecasts of tornadoes were prohibited. Meanwhile, throughout the ‘20s and ‘30s, the death toll from tornadoes mounted. There were no warnings, so no time for people to seek shelter.

In 1948, two Air Force meteorologists, Major Ernest J. Fawbush and Captain Robert E. Miller, after scrutinizing tornados in Alabama, Georgia, and Oklahoma, developed their own prediction system. In 1948, after correctly predicting several outbreaks among themselves, they finally announced an upcoming storm publicly.

Miller prepared himself for the worst: “It seemed improbable that anyone would employ, as a weather forecaster, an idiot who issued a tornado forecast for a precise location,” he would later write.

Their forecast turned out to be correct, and when word of the feat got out a couple of years later, the public clamored for warnings. In 1950, the chief of the Weather Bureau removed the ban, writing “the forecaster (district or local) may at his discretion mention tornadoes in the forecast or warning.”

These days, tornado forecasting is still hard to pull off. We still don’t fully understand how these powerful storms work. But thanks to technological advances, changing priorities, and ever-more-detailed science, the average annual tornado death toll has gone down significantly since the 1950s (though some storms, like the 2011 Joplin, Missouri tornado killed 161). Hopefully, we’ll continue to learn more. It helps, of course, that forecasters can also say the word. 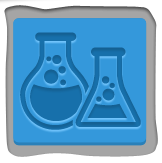 Plants are not only beautiful and delicious to eat, but generate oxygen, food, and fuel  that allow higher life forms to exist.

Tornadoes are anything but fun and games. Here are some warning signs: a dark, often greenish, sky, wall clouds, large hail often in the absence of rain, air may become very still, and a loud roar similar to a freight train may be heard.

Read More
What People Are Saying

I really appreciate your ideas and support!!! I am amazed at the Quirkles series that you have created and know you all must be FABULOUS teachers!!!

What People Are Saying

It is very hard to put into words exactly how much I love the Quirkles. They totally changed my attitude about teaching science to kindergarten and first graders as an enrichment class in my school.