Whether you live in the cold North or the sunny South, you can still make a little snow if it doesn’t fall naturally this winter. Snowflakes are crystalline water ice, formed when super cooled cloud droplets hit freezing temperatures. Molecules from the droplets join together by chance to create a random arrangement around a nucleus. A snowflakes shape is determined by environment, including temperature and humidity, at the time the snowflake forms.

Here's an activity idea that lets you make real snowflakes. This definitely takes adult supervision! Bring a pot of water to a rapid boil. Hold a clear jar over the boiling water, open end facing down, until the jar fills with steam. Caution! Use tongs or oven mitts to hold the jar as the steam can cause burns. Quickly cap the jar and place it in the freezer. Collect steam for no more than 30 seconds. If the jar gets too hot, the temperature change could crack the jar. Check the jar every ten minutes and record your observations.

A common misbelief is that no two snowflakes are ever alike, with random patterns forming in a manner that is virtually impossible to replicate. Although unlikely, there is no scientific fact that proves snowflakes cannot be identical. In fact, it can be argued that snowflakes formed in the same conditions and within close proximity, may in fact take on identical characteristics.

To learn more about crystals and to make Epsom salt “snow,” do the activity in the Quirkles book Ronnie Rock entitled “Ronnie’s Rock Crystals.”  Also watch our video that integrates three Quirkles books--Colorful Caroline, Kitchen Chemistry Kal, and Zany Science Zeke in fun snow activities. With all these ideas, you'll never be bored on a snowy day! 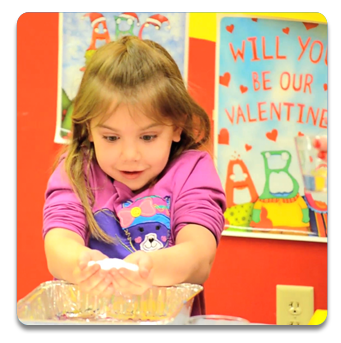