It’s hot outside! It seems fitting to feature our Quirkles book Hallie Heat and a cool (no pun intended) activity that illustrates properties of heat. Then on a less serious note, we ponder an issue that plagues many of us who work in offices or classrooms in the summer, particularly now that more of us have come out of Covid hibernation. How do you dress for July temperatures outside but also deal with freezing temps from an overzealous AC system inside? Finally, we’ll explore some research that suggests that maybe a little discomfort from the cool AC might not be so bad after all.

There are actually several reasons why office buildings seem to have been modeled after the frozen tundra of Siberia. For one thing, scientists have argued that office thermostat settings are still influenced by what an “average suit and tie male” would find comfortable in the 1960s and '70’s.

While it’s a bit more complicated than this, it is true women tend to feel chilled more quickly than men and seem to be particularly vulnerable to wintry working conditions in warmer weather. That’s partly because on average, women carry around a little more body fat. “Fat is a great insulator and because of that, the skin temperature can actually get a little bit lower in women than men,” says John Castellani, a research physiologist at the U.S. Army Research Institute of Environmental Medicine.

Women’s generally lower metabolism also contributes to the problem, says Wouter van Marken Lichtenbelt, a physiologist at Maastricht University Medical Center in the Netherlands. “Current indoor climate standards may misrepresent thermal demand of the female and senior subpopulations,” his team wrote in the journal Nature Climate Change. They also noted that women may prefer an average room temperature of 77 degrees Fahrenheit, while men are most comfortable at around 72 degrees.

It’s worth keeping in mind it’s not all about gender. Individual physiology, height, weight, body mass, how much you are clothed, and the type of activity you do all affect your thermal comfort, too.

The air conditioning unit itself might also be partly to blame for over-chilled offices.  Air conditioning systems often struggle to find the right balance of air temperature and humidity. These systems are also generally designed for offices with 100 percent occupancy. If that’s not the case, they are blasting us with more cool air than we actually need, compensating for imaginary heat created by electronics and human bodies that aren't present.

Finally, most office heating and cooling systems are designed for old school electronics which gave off more heat — so if your office has switched to more energy-efficient and cooler LED lights, odds are, the AC system wasn’t adjusted for it.

Don’t despair. If you're doomed to be uncomfortable in the office all summer, there may still be a bright side. Scientists actually think there are some benefits to being a bit chilly. Maybe we think better.

Although the idea that our decisions are swayed by the temperature of our surroundings may seem far-fetched, consider this: our brains are organs. Just like all other organs, it needs energy to function. Almost everything we do uses the same energy source: glucose. We use glucose as we walk, talk, breathe, and perform other physical functions. We also use glucose to think, make decisions, etc. Furthermore, glucose is a limited resource.

One of the body’s most important tasks is temperature regulation. When the temperature is unusually hot or cold, we must use energy to maintain a healthy internal temperature; we shiver and sweat, seeking to avoid hypothermia and heat stroke. These two processes—correcting for excessive heat and unwanted cold—are not equally taxing, however. Cooling down the body seems to require more energy than warming it up. Warm temperatures, then, are more likely to deplete our resources and excessive warmth reduces our capacity for cognitive functioning argue some scientists.

Despite minimal deviation in temperatures, researchers have found significant differences in cognitive functioning. In one lab study, participants were asked to proofread an article while they were in either a warm (77°) or a cool (67°) room. Participants in warm rooms performed significantly worse than those in cool rooms, failing to identify almost half of the spelling and grammatical errors (those in cool rooms, on the hand, only missed a quarter of the mistakes).

In a second study, the researchers showed similar effects for more complex cognitive calculations. In this study, another group of participants were asked to choose between two cell phone plans, again in either a warm or a cool room. One plan looked more attractive on the surface but was actually more expensive. Simple patterns of decision-making would lead participants to choose the more expensive plan, whereas more complex analyses would lead participants to correctly choose the more cost-effective plan. Participants in the cool room made the correct choice more than half the time; those in the warm room made the correct choice only a quarter of the time.

Taken together, these studies suggest that higher temperatures change our patterns of decision-making. As our bodies struggle to maintain a healthy internal temperature, they use up resources that would otherwise be available for mental processes. As a result, we are less able to make complex decisions—we give up early, make mistakes, and even shy away from making these decisions in the first place.

So too cool or too warm?  It’s going to be awhile before we figure out the healthiest and most energy-efficient temperatures for office and school buildings. If your office is determined to do its finest impression of winter in Antarctica in July, the best you can do for now is probably get up and take a walk outside. It will warm you up, plus it’s healthier than staring at a computer screen all day! 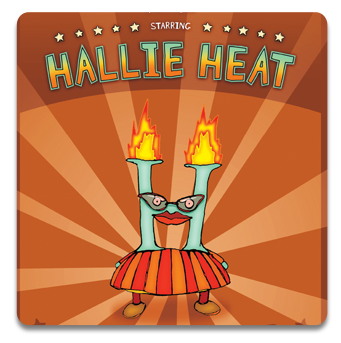