The 26 Quirkles® books made their debut on April 26, 2006. They would be followed by all the other Quirkles products that were developed over the next decade. We thought it appropriate to look back over these years and then look forward too as we celebrate this milestone birthday month!

What did the world look like in 2006? Social media was in its infancy. No one had smartphones; Apple wouldn’t introduce the iPhone until 2007. MySpace was the social media of choice (begun in 2003, the year the Quirkles®were concepted) as Facebook didn’t open to everyone until September 2006. Pinterest, Instagram and others were on the distant horizon. Apps and tablets were yet to come, too. The domain name "YouTube.com" was activated on February 15, 2005, and the website was developed over the subsequent months, coming into existence just a few short months before the Quirkles®. No doubt the way we communicated looked very different ten years ago!

So what’s become of the Quirkles® in those ten years? The book series is now in its fourth reprint. They are enjoyed by children in classrooms, afterschool programs, libraries, science centers, summer camps, and homes throughout the world.

Quirkles® apps have been purchased and downloaded in more than 60 countries.

The 26 books have been translated into a Spanish edition.

Hundreds, if not thousands, of teachers have attended training sessions/workshops.

The Quirkles® YouTube videos have been watched more than 2,000,0000 times. Be a part of our YouTube community as we show how to celebrate Earth Day with X.E. Ecology in a fun way as we make edible soil.

So way to go Ollie Oxygen (the first Quirkles character created) Gilbert Gas, X.E.  Ecology, Zany Science Zeke, and all the other Quirkles®! Here’s to another great ten years! Also check out our new younger sibling, the Fuddlebrook School Science series™ (www.fuddlebrook.com) which premieres this month too! 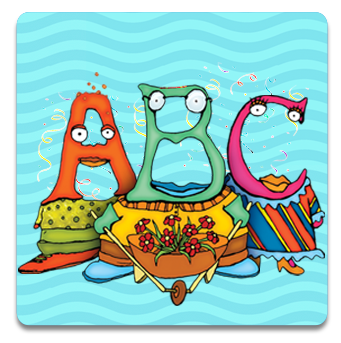